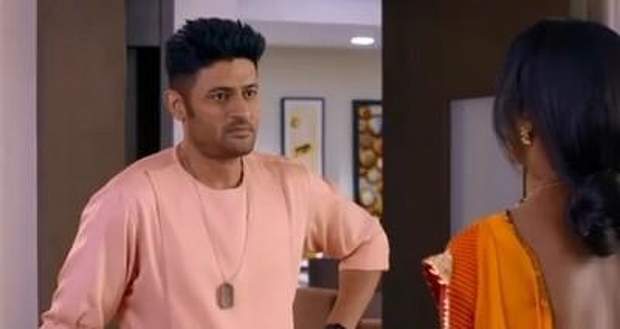 Shaadi Mubarak Twist: K.T to shock everyone by getting married to Preeti

In the upcoming episodes of Star Plus’s Shaadi Mubarak serial, K.T will put Sindoor on Preeti’s hairline and will marry her in front of everyone.

Up until now in Shadi Mubarak, Arjun helped his mother Nandini to get K.T back in her life, while Preeti asked Nandini to talk to K.T once.

Further, Kusum doubts Nandini’s intentions and asked Preeti to not to trust her.

Now as per the serial gossip of Shaadi Mubarak, K.T will be shocked to see Nandini as Arjun’s mother in the wedding dress.

Nandini will further ask K.T to accept her as his wife and to marry her again in front of everyone.

Meanwhile, K.T will put Sindoor on Preeti’s hairline and will marry her according to the latest update of Shaadi-Mubarak serial.

Let’s see how Preeti will react to K.T’s sudden decision in the future story of Shaadi Mubarak serial.

© Copyright tellybest.com, 2020, 2021. All Rights Reserved. Unauthorized use and/or duplication of any material from tellybest.com without written permission is strictly prohibited.
Cached Saved on: Tuesday 8th of June 2021 11:12:51 PMCached Disp on: Wednesday 16th of June 2021 07:40:12 AM