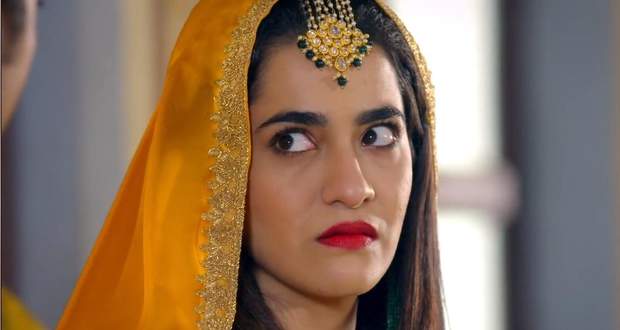 Shaadi Mubarak Twist: Rati to catch Preeti and K.T together in a darkroom

In the upcoming episodes of Star Plus’s serial Shaadi Mubarak, Rati will catch Preeti all alone with K.T in a dark room.

Further, Preeti reached the village but was demotivated by the village people for being a working woman.

Now based on the future twists of Shaadi Mubarak, there will be a sudden power cut during one function and Preeti will rush to check it.

Meanwhile, K.T will meet Preeti in a dark room and will offer her something to eat.

Rati will arrive there and will catch both of them together in the darkroom according to the latest spoiler of Shaadi-Mubarak serial.

Let’s see how everyone will react to this awkward situation in the future story of Shaadi Mubarak serial.

© Copyright tellybest.com, 2020, 2021. All Rights Reserved. Unauthorized use and/or duplication of any material from tellybest.com without written permission is strictly prohibited.
Cached Saved on: Friday 6th of August 2021 03:23:31 AM