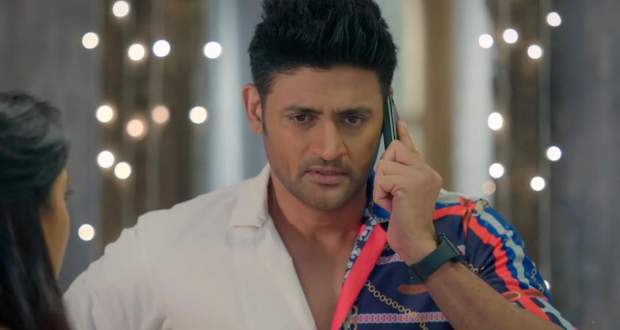 In the forthcoming episodes of Shaadi Mubarak serial, K.T will get a phone call and will be informed that Arjun is hospitalised.

Up until now in Shaadi Mubarak story, Kushala confronted Preeti about taking DNA test of Arjun-K.T and decided to help her.

Further, Preeti bailed Arjun out of jail for driving under the influence while being a minor.

Now as per the recent twists of Shaadi Mubarak, K.T will get a phone call from Nandani informing him that Arjun is hospitalised and will tell him to reach the hospital.

Upon reaching, Nandani will tell him that Arjun has lost a lot of blood and needs a blood donor.

She will further state that he has rare Bombay blood type which is also same as his blood type according to the gossip news of Shadi Mubarak.

Let's see if this is another one of Nandani's pretentious acts in the upcoming story of Shaadi Mubarak.

© Copyright tellybest.com, 2020, 2021. All Rights Reserved. Unauthorized use and/or duplication of any material from tellybest.com without written permission is strictly prohibited.
Cached Saved on: Tuesday 8th of June 2021 09:59:02 AMCached Disp on: Wednesday 16th of June 2021 07:42:40 AM