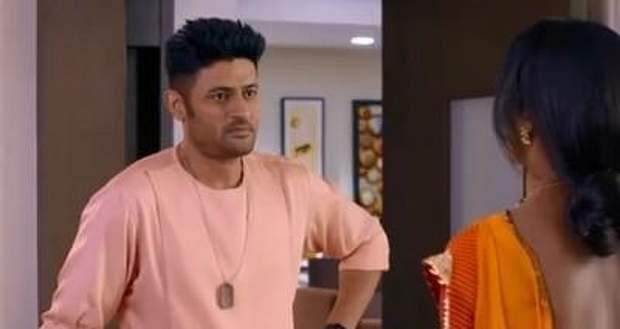 In the upcoming episodes of Star Plus’s Shaadi Mubarak serial, K.T (Manav Gohil) will try to commit suicide in front of the entire media.

Up until now in Shadi Mubarak story, K.T and Preeti teamed up together to know about Nandini’s real intentions.

Further, Nandini took K.T to a suicide point but Preeti arrived there and saved him from Nandini’s evil plan.

Now based on the serial gossip of Shadi Mubarak, K.T will decide to reveal it to the media that Arjun is his son.

Meanwhile, Nandini will make a revelation that she adopted Arjun from an orphanage and that he is not K.T’s son.

K.T will be shocked to hear this and will try to commit suicide in front of the media people according to the latest update of Shaadi Mubarak serial.

Let’s see if Preeti will be able to save K.T or not in the future story of Shaadi Mubarak serial.

© Copyright tellybest.com, 2020, 2021. All Rights Reserved. Unauthorized use and/or duplication of any material from tellybest.com without written permission is strictly prohibited.
Cached Saved on: Tuesday 20th of April 2021 06:38:12 PM