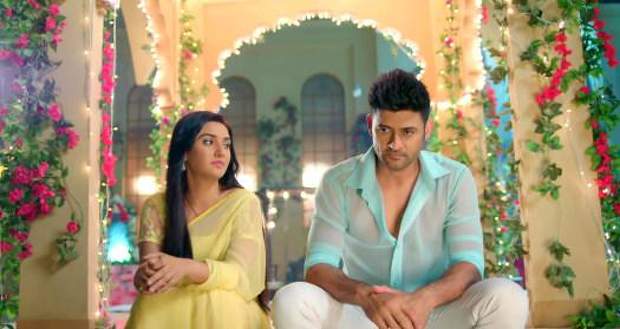 In the upcoming episodes of Shaadi Mubarak serial, Preeti (Rati Pandey) tells K.T. (Manav Gohil) that she is ready to take remove all distances between her and him.

So far in Shaadi Mubarak, K.T. and Preeti talks about their likes and dislikes under the shade of stars.

Meanwhile, Neel decides to marry Shikha for sake of the family's happiness.

From the recent updates of Shaadi Mubarak, Preeti will accept K.T. her life partner completely.

K.T. will be in dilemma to come close to Preeti or not according to serial spoilers of Shaadi Mubarak.

Let's see how K.T. will convince his conscience not to tell about his feelings to Preeti in the future story of Shaadi Mubarak.

© Copyright tellybest.com, 2020, 2021. All Rights Reserved. Unauthorized use and/or duplication of any material from tellybest.com without written permission is strictly prohibited.
Cached Saved on: Sunday 9th of May 2021 05:04:25 AM