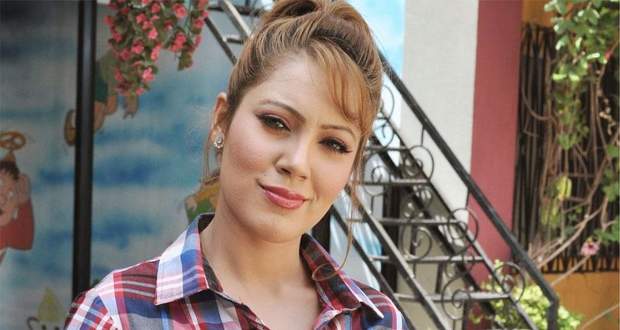 Babita will soon accept the magical ring given by Jethalal and will wear it for good fortune in the upcoming episodes of Taarak Mehta Ka Ooltah Chashmah.

So far in TMKOC story, Jethalal decided to share his success with the magical ring with everyone and decided to buy a ring for all Gokuldham members.

Now as per the gossip updates of Taarak Mehta Ka Ulta Chashmah serial, Jethalal will gather everyone in the society compound and will reveal the magical powers of the ring.

Popatlal will agree to him while other men will think it is just a superstition. However, the ladies of Gokuldham will believe that Jethalal is right and will try to convince their husbands.

Babita will even take the ring from Jethalal as she will be wishing for Iyer’s promotion according to the spoiler twists of Taarak Mehta Ka Ultah Chashmah serial.

© Copyright tellybest.com, 2018 & 2019. All Rights Reserved. Unauthorized use and/or duplication of this material without written permission from tellybest.com is strictly prohibited.
Cached Saved on: Sunday 5th of April 2020 10:23:30 AM