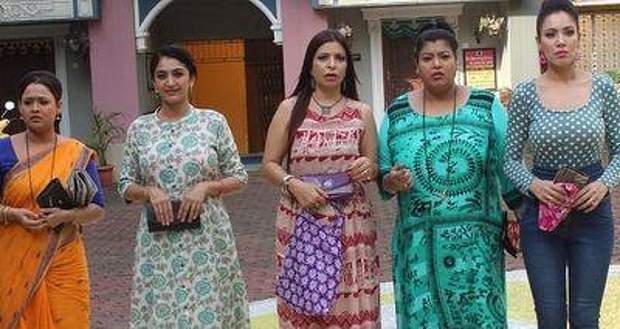 After the men of Gokuldham society, the ladies will soon be seen arguing while buying vegetables in the upcoming episodes of Taarak Mehta Ka Ooltah Chashmah.

So far in TMKOC story, the men of the society decided to have a Ubadiyu party but later got into an argument the next morning. The party would get canceled and we also reported about Iyer, Bhide, and Jethalal getting in a hilarious discussion in their mother tongue.

Now as per the gossip updates of Taarak Mehta Ka Ulta Chashmah serial, the Mahila Mandal will get into an argument while buying vegetables.

Anjali and Komal would be seen buying vegetables first while Roshan, Madhavi, and Babita will join them. They will speak in their own mother tongue but the vegetable seller would get confused.

Further, Roshan and Babita will get into a fight over brinjal while the vegetable seller would threaten to leave according to the spoiler twists of Taarak Mehta Ka Ultah Chashmah serial.