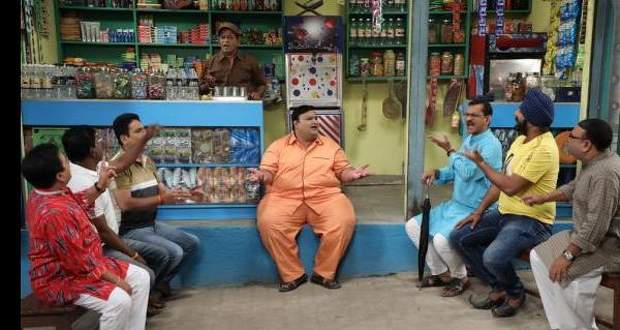 Jethala, Sodhi, Bhide, and Iyer will again have an argument over soda at Abdul’s shop in the upcoming episodes of Taarak Mehta Ka Ooltah Chashmah.

So far in TMKOC story, the Purush Mandal of Gokuldham shared a war of words while praising their own mother tongue. Even the Ubadiyu party organized by Jethalal got canceled as the society members said they would not eat the Gujarati dish.

Now as per the gossip updates of Taarak Mehta Ka Ulta Chashmah serial, the Mahila Mandal will also get into a fight while buying vegetables as they would each speak in their own language.

Further, the men of Gokuldham will gather at Abdul shop and will demand soda made of their own special region. Jethalal would demand Gujarati Soda while Bhide would want Marathi soda.

Even Iyer and Sodhi would ask for their own soda style. This will yet another create differences among the Gokuldham members according to the spoiler twists of Taarak Mehta Ka Ultah Chashmah serial. 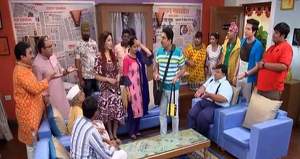 © Copyright tellybest.com, 2018 & 2019. All Rights Reserved. Unauthorized use and/or duplication of this material without written permission from tellybest.com is strictly prohibited.
Cached Saved on: Monday 30th of March 2020 06:37:22 PM