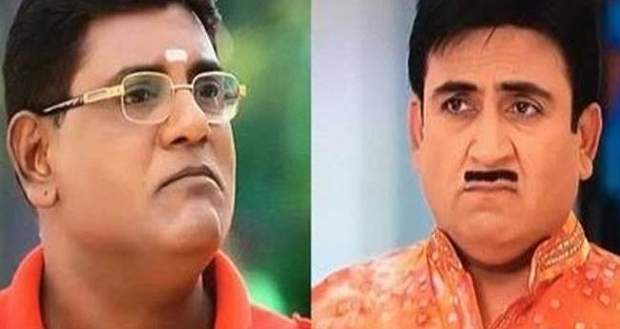 Iyer will misunderstand Jethalal when he will witness him saying I love you in Bengali to Babita in the upcoming episodes of Taarak Mehta Ka Ooltah Chashmah.

So far in TMKOC story, Gokuldham society is fighting the language battle wherein everyone speaks in their own regional language. Further, Babita gets mad at Jethalal as she misunderstands him for making fun of Bengali.

Now as per the gossip updates of Taarak Mehta Ka Ulta Chashmah serial, Jethalal will not rest until Babita forgives her and will decide to apologize.

He will go to her house to stay sorry and will even wish to learn the language. Further, Babita will try to make him learn the popular phrase in Bengali translated as I love you in English.

Iyer will enter at the same time when Jethalal will be repeating the phrase and will misunderstand him according to the spoiler twists of Taarak Mehta Ka Ultah Chashmah serial.

© Copyright tellybest.com, 2018 & 2019. All Rights Reserved. Unauthorized use and/or duplication of this material without written permission from tellybest.com is strictly prohibited.
Cached Saved on: Wednesday 8th of April 2020 09:52:47 PM