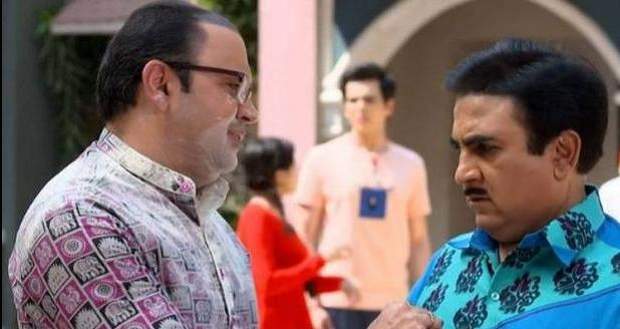 Jethalal will be happy with Tapu’s choice and will accept Tapu and Sonu’s relationship in the upcoming episodes of Taarak Mehta Ka Ooltah Chashmah.

So far in TMKOC story, Tapu Sena asked for permission from Bhide to use the clubhouse for a special function. After a lot of convincing, he agreed but is really scared of the outcome.

Also, Sonu is kept out of the preparations as the surprise is for her.

Now as per the gossip updates of Taarak Mehta Ka Ulta Chashmah serial, Tapu will confess his love for Sonu and will go down on one knee to propose her.

Bhide will get angry to witness the scene and will rush on the stage. He will crush the rose in Tapu’s hand and will also a complaint against him to Jethalal.

However, Jethalal will get happy with Tapu’s decision and will say Sonu is the perfect girl for him. Further, Champak Chacha will also approve their relationship according to the spoiler twists of Taarak Mehta Ka Ultah Chashmah serial.

© Copyright tellybest.com, 2018 & 2019. All Rights Reserved. Unauthorized use and/or duplication of this material without written permission from tellybest.com is strictly prohibited.
Cached Saved on: Thursday 9th of April 2020 04:17:48 PMCached Disp on: Saturday 11th of April 2020 01:23:03 AM