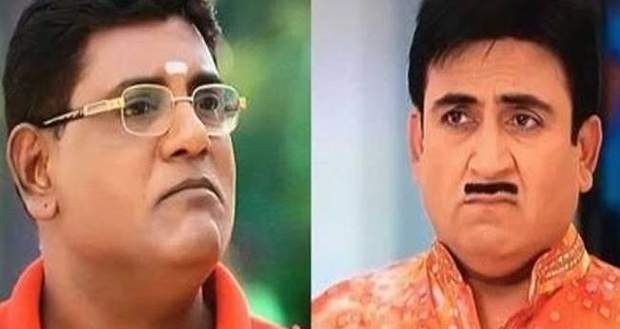 Jethalal and Iyer will be seen fighting during the Holika Dahan in the society compound in the upcoming episodes of Taarak Mehta Ka Ooltah Chashmah.

So far in TMKOC story, Gokuldham society members are already gearing up for Holi celebrations and have played with ketchup and shampoo in the compound. Also, Jethalal is worried about the order of 5000 water guns made accidentally.

Now as per the gossip updates of Taarak Mehta Ka Ulta Chashmah serial, the serial will see new drama as Iyer and Jethalal will be soon seen fighting during Holika Dahan.

Coincidentally they will be standing next to each other and will Iyer’s phone will soon start beeping. Jethalal will get irritated and will ask him to put the phone down and concentrate on Pooja.

However, Iyer will say that his friend is messaging him continuously. Jethalal will snatch his phone and will put it in the Holika fire according to the spoiler twists of Taarak Mehta Ka Ultah Chashmah serial.

© Copyright tellybest.com, 2018 & 2019. All Rights Reserved. Unauthorized use and/or duplication of this material without written permission from tellybest.com is strictly prohibited.
Cached Saved on: Thursday 9th of April 2020 11:09:26 AMCached Disp on: Saturday 11th of April 2020 01:23:44 AM