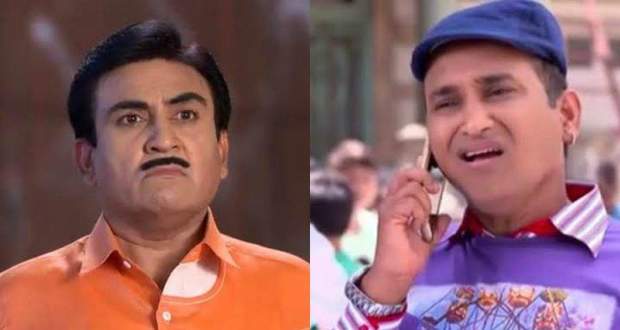 Sundar will soon arrive at Gokuldham to reveal that he has started a new business of selling fake magical rings online which will be a shocker for Jethalal in the upcoming episodes of Taarak Mehta Ka Ooltah Chashmah.

So far in TMKOC story, Jethalal was convinced that the magical ring works and decided to order more rings for the Gokuldham society members.

He brought 100 rings and soon convinced the Mahila Mandal to buy them. The men of the society were also compelled to buy the rings to make their wives happy.

Now as per the gossip updates of Taarak Mehta Ka Ulta Chashmah serial, Sundarlal will drop by at the Gokuldham society to tell about his new con business online.

Sundar Lal will laugh at Jethalal for believing in such superstitions according to the spoiler twists of Taarak Mehta Ka Ultah Chashmah serial.