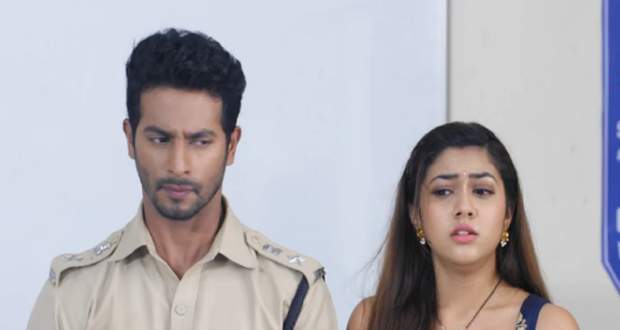 In the forthcoming episodes of Tujhse H Raabta serial, Atharva’s goon will open fire at Malhar and injure him badly.

Presently, in Tujhse Hai Rabta story, Malhar and Kalyani managed to rescue Moksh from Sampada’s evil plan where she tried to take Moksh away from the country.

Later, Malhar learned about the secret place where Atharva has captivated Mugdha. The dashing cop decided to barge into the villa to rescue Mugdha.

As per the spoiler updates of Tujse Hai Raabta serial, the goons will fire bullets at Malhar as and when they will find him sneaking into the house.

Poor Malhar will get hit by one of the bullets in his arm. Despite the oozing bloodstream, Malhar will continue his rescue operation.

Let’s see if Malhar will get successful in saving Mugdha or not in the future story twist of Tujhse H Raabta serial.

© Copyright tellybest.com, 2018 & 2019. All Rights Reserved. Unauthorized use and/or duplication of this material without written permission from tellybest.com is strictly prohibited.
Cached Saved on: Saturday 25th of January 2020 10:29:47 PM