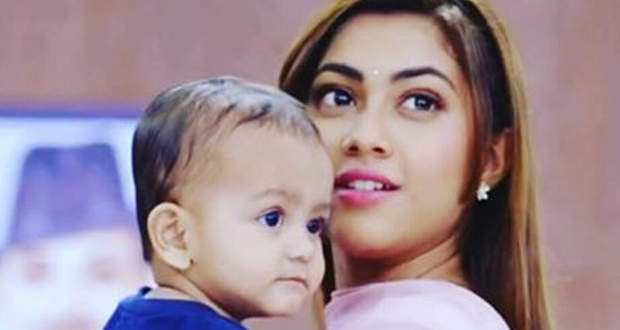 In the forthcoming episodes of Tujhse Hai Rabta serial, Atharva will plan to humiliate Malhar by showing him as a desperate husband.

According to the latest spoilers of Tujhse H Raabta serial, Malhar saved Kalyani from the fire and also filled her hairline with the vermillion.

Now, the gossips of Tujse Hai Raabta serial reveal that Atharva will fume in anger on facing defeat from Anupriya, Kalyani, and Malhar.

Atharva will then chalk out a plan to instigate Atul against Malhar. He will secretly call a floweriest and will decorate Kalyani and Malhar’s room for their wedding night.

Atharva will then brainwash Atul by saying that Malhar only wants to claim his right on Kalyani and is completely ignorant towards her studies.

It will be exciting to watch how Malhar will tackle Atharva in the upcoming episodes of Tujse H Raabta serial.

© Copyright tellybest.com, 2018 & 2019. All Rights Reserved. Unauthorized use and/or duplication of this material without written permission from tellybest.com is strictly prohibited.
Cached Saved on: Saturday 6th of June 2020 07:13:32 PM