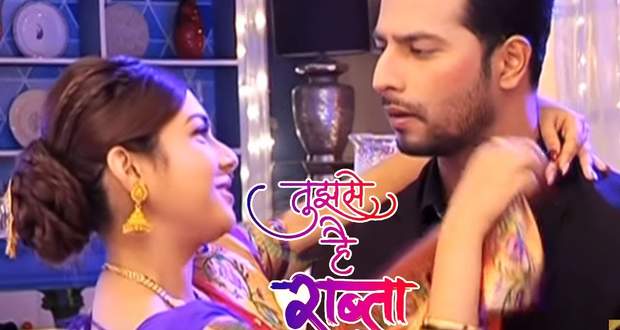 In the upcoming episodes of Tujhse Hai Rabta serial, Malhar will put Sampada behind the bars for attempting to sell Moksh.

So far in Tujse Hai Rabta serial, Sampada kidnapped Moksh and sold the child to child trafficking goons in return of cash.

She even framed Kalyani as the mastermind of the child trafficking racket and got her arrested. Kalyani escaped from jail and started looking for Moksh around.

Based on the new spoiler updates of Tujse H Raabta serial, Kalyani and Malhar will manage to find Moksh. They will save him and will also arrest the goons involved in child trafficking.

Malhar will trap Sampada and will put her behind the bars for kidnapping Moksh and attempting to sell him off for money.

Later, Malhar and Kalyani will try to win back Moksh's custody from Sampada by proving her crimes in front of the court.

Let’s see how Sampada will tackle Malhar’s anger in the next episode of the Tujse Hai Rabta serial.

© Copyright tellybest.com, 2018 & 2019. All Rights Reserved. Unauthorized use and/or duplication of this material without written permission from tellybest.com is strictly prohibited.
Cached Saved on: Saturday 6th of June 2020 06:57:33 PMCached Disp on: Thursday 2nd of July 2020 03:49:11 PM