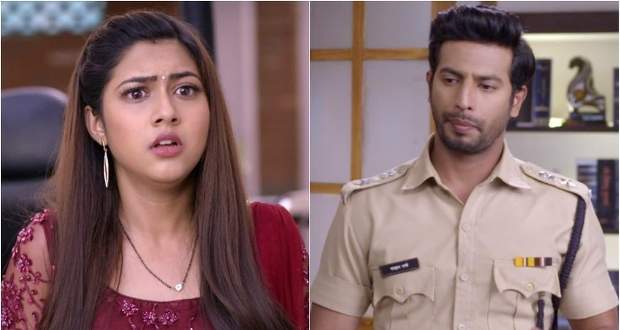 In the forthcoming episodes of Tujhse H Raabta serial, Malhar will put Kalyani in a dark spot by asking her to choose between him and Atul.

So far in Tujhse Hai Rabta serial, Malhar and Kalyani managed to save Moksh from Sampada’s plan. Malhar also trapped Atharva in his plan.

Later, Atharva enacted to suffer from memory loss t dupe all the family members. Also, Atul has started accepting Malhar as his son-in-law.

Now, the new spoilers of Tujse Hai Raabta serial state that Malhar will get some clues which will point towards Atul and will portray him as a terrorist.

Malhar, who is a dedicated police officer, will accuse Atul on behalf of the proofs hinting towards his crimes. He will break ties with him.

Further, the future twists of Tujse H Raabta serial reveal that Malhar will compel Kalyani to choose between her father and her husband.