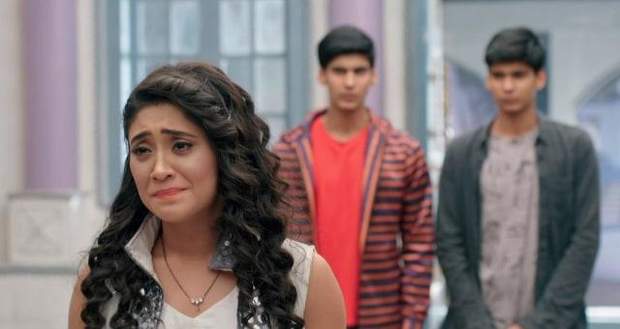 In the upcoming episodes of YRKKH serial, Naira will be seen fighting to get justice for Trisha in a courtroom battle organized.

Up until now in Yeh Rishta Kya Kehlata H story, Trisha revealed that she was molested by Luv and Kush while Kartik got really angry and started beating them.

Later, he locked them in a room while the Goenka family wondered what punishment they should get.

Now as per recent story twists of Yeh Rishta serial, Naira would want to give Luv and Kush punishment through court and police will also arrive at Goenka house.

Later, a courtroom will be organized where it would be decided what punishment Luv and Kush should get. A similar courtroom was also set up at the time of Kartik and Naira’s divorce according to the spoiler news of Yeh Rishta Kya Kehlata Hai.