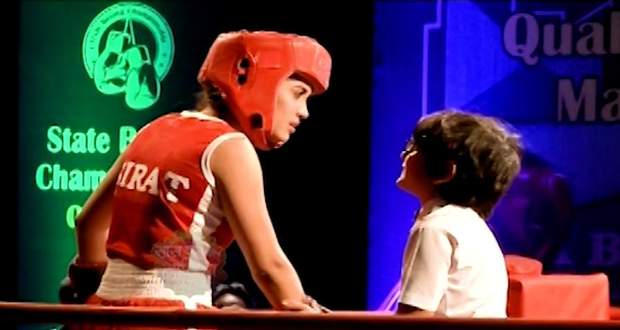 In the future episodes of Yeh Rishta Kya Kehlata Hai serial, Sirat (Shivangi Joshi) will be disqualified from State level boxing championship because of Kairav (Aarambh Trehan Sehgal) which will make her angry at him.

So far in Yeh Rishta Kya Kehlata Hai story, Kairav went to Sirat's house where the formed a plan and addressed him as her son due to which the talks about her marriage stopped.

Further, Sirat called Kairav's hostel and told him that he might have a misunderstanding as she is not his mother due to which he fainted.

The school called Kartik and told him to reach the hostel immediately.

Now as per the serial gossips of Yeh Rishta Kya Kehlata Hai, Sirat will be in a match for the state level boxing championship while Kairav will come there and will hug her.

The officials will tell Sirat that she has lied about her marital status and will disqualify her according to the latest twists of Yeh Rishta Kya Kehlata Hai serial. 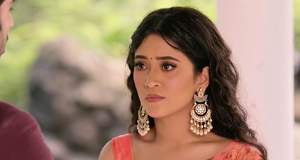 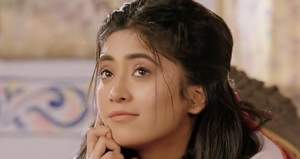 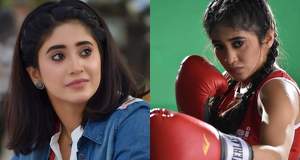 © Copyright tellybest.com, 2020, 2021. All Rights Reserved. Unauthorized use and/or duplication of any material from tellybest.com without written permission is strictly prohibited.
Cached Saved on: Tuesday 2nd of March 2021 12:12:46 PMCached Disp on: Wednesday 3rd of March 2021 10:45:45 AM