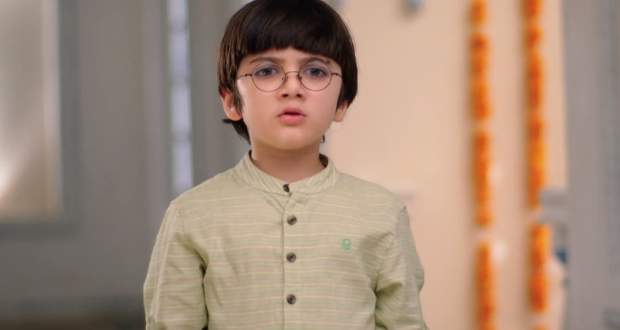 In the upcoming episodes of YRKKH serial, Kairav will again get upset with his parents fighting and will fall off the stairs.

Up until now in Yeh Rishta Kya Kehlata H serial, Kartik and Naira are fighting the custody battle and have also signed the divorce papers. Damini is trying to create a bad image of Naira in order to win the case.

Now as per recent gossip twists of Yeh Rishta serial, Naira will run away with Kairav which will be a shocker for Kartik.

However, the sequence will turn out to be Kartik’s dream and he will rush to talk to Naira. They both will get into a huge argument that will be heard by Kairav.

Kairav will get upset to see his parents fighting and will run towards the stairs. Further, he will miss a step and will fall down the staircase according to the serial spoilers of Yeh Rishta Kya Kehlata Hai.