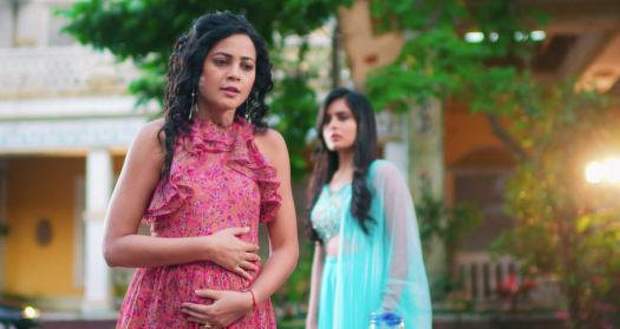 In the upcoming episodes of Yeh Rishtey H Pyaar Ke serial, Kuhu will rush to Rajvansh house to stop Mishti and Abir from leaving Rajkot.

Up until now in YRHPK story, Kuhu and Meenakshi’s deal was exposed while later Varsha took Kuhu to Maheshwari house. Further, Kunal, Abir, and Mishti tried to bring Kuhu back but failed.

Now as per the latest gossip news of Yeh Rishtey Hain Pyaar K serial, Mishti will decide on leaving Rajkot and moving to Mumbai with Abir and their baby.

Further, Kuhu will realize that they are leaving to save her and Kunal’s relationship. She wouldn’t want the two brothers to get separated and thus will rush to stop Mishti and Abir according to the spoiler updates of Yeh Rishtey Hai Pyaar Ke serial.

Let’s see if Mishti and Abir change their decision or not in the future story of Ye Rishtey Hai Pyaar Ke serial.

© Copyright tellybest.com, 2018, 2019, 2020. All Rights Reserved. Unauthorized use and/or duplication of this material without written permission from tellybest.com is strictly prohibited.
Cached Saved on: Wednesday 25th of November 2020 04:47:38 PM