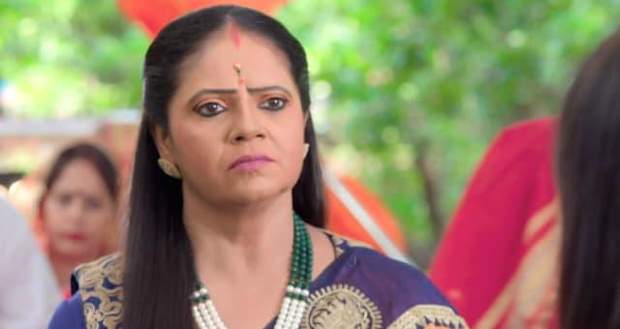 In the upcoming episodes of Yeh Rishtey H Pyaar Ke serial, Meenakshi will take a shocking decision of transferring her property in the name of Mishti to win her son back.

Up until now in YRHPK story, Abir and Mishti’s Sangeet ceremony ended with a tragedy as the chandelier was about to fall on Mishti. Meenakshi was accused by Abir while later she decided to win her son back.

Now as per the latest gossip news of Yeh Rishtey Hain Pyaar K serial, Meenakshi will take a bold decision and will further organize a surprise for Mishti.

Naanu will help her in the same and will give the traditional necklace of their family to her. Kuhu will not be able to bear this as she used to be the dear daughter-in-law in the family.

Meenakshi will decide to give the whole Rajvansh property to Mishti to prove her innocence in front of Abir according to the spoiler updates of Yeh Rishtey Hai Pyaar Ke serial.

© Copyright tellybest.com, 2018 & 2019. All Rights Reserved. Unauthorized use and/or duplication of this material without written permission from tellybest.com is strictly prohibited.
Cached Saved on: Friday 29th of May 2020 03:44:02 PM