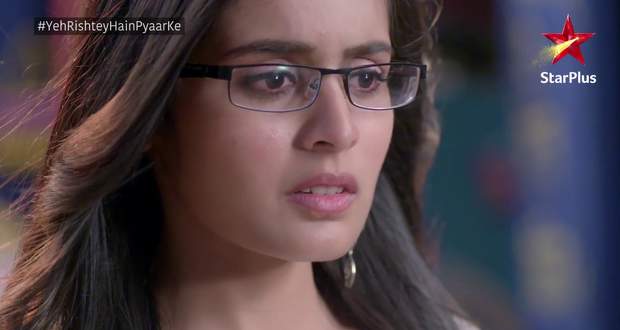 Vishambhar will get angry with Mishty and Kuhu for keeping contact with Abir and Kunal as per the latest gossips of YRHPK serial.

The last episode of Yeh Rishtey serial showed Kunal, Abir, Kuhu, and Mishty coming to Shweta’s party. Abir saved Mishty from the guys who tried to molest her.

Shweta also instigated Kunal against Abir by showing him the pictures where Mishty hugs Abir. She also sends the pictures to Meenakshi.

Now, based on the spoiler news of Yeh Rishtey Hain Pyaar K serial, Meenakshi will call Vishambhar and will curse him for not being able to control his daughters.

She will talk ill about Mishty and Kuhu by saying that his girls are trying to lure her sons.

Vishambhar will fume in anger and will get upset with Mishty and Kuhu for breaking his trust in the future story twist of YRHPK serial.