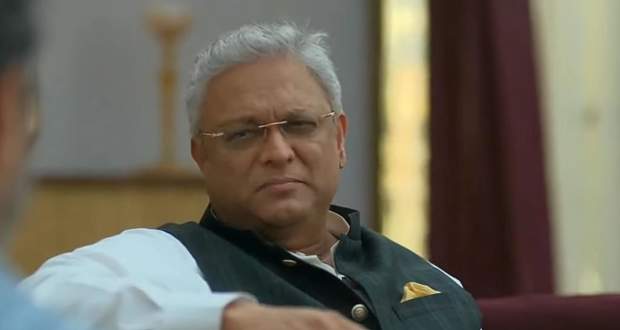 In the upcoming Zindagi Mere Ghar Aana episode, Krishnakant will insult Sakhuja family and Guneet will slap him while Meera will misunderstand the whole situation.

Up until now in ZMGA story, Amrita got shocked seeing Pritam doing drug deals near her house while Kabir found Meera's profile on a matrimonial site.

Further, in the last episode of Zindagi Mere Ghar Aana, he reveals the secret to Amrita and she revealed it to some house members while Nimmo and Guneet got angry.

Now as per the serial spoilers of ZMGA, Amrita and the whole Sakhuja family go to Meera's house where Krishnakant will insult them.

Guneet will slap him just when Meera will come in and misunderstand the situation.

She will further rebuke the Sakhuja's and will break her alliance with Angad.

Let's see what will Amrita do next in the upcoming story of Zindagi Mere Ghar Aana (ZMGA) serial.

© Copyright tellybest.com, 2020, 2021. All Rights Reserved. Unauthorized use and/or duplication of any material from tellybest.com without written permission is strictly prohibited.
Cached Saved on: Monday 17th of January 2022 09:02:38 AM