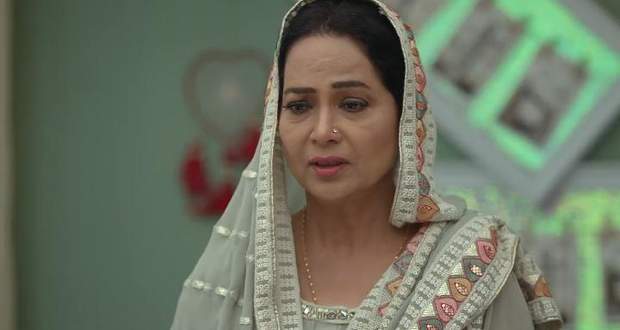 In the future Zindagi Mere Ghar Aana serial episodes, Aapa will try to reveal to Meera that Krishnakant is the one at fault while he will come there and will stop her.

Up until now in Zindagi Mere Ghar Aana's (ZMGA) latest story, Santo and Sukhbeer went to Krishnakant's house to talk about Meera and Angad but he refused to say that it cannot happen.

Further, Nimmo found out about the trip and also about Amrita going to meet Meera and announced that they cut all ties with Meera.

Now as per the gossips of Zindagi Mere Ghar Aana, Meera will destroy her room in anger and will injure her hand while Aapa will stop her saying she will reveal the truth to her.

However, Krishnakant will come there and will take away Aapa after which he will tell her that she will destroy a relationship between a father and a daughter if she reveals the truth according to spoilers of ZMGA.

Let's see what decision will Aapa take on the upcoming twists of the Zindagi Mere Ghar Aana (ZMGA) serial.