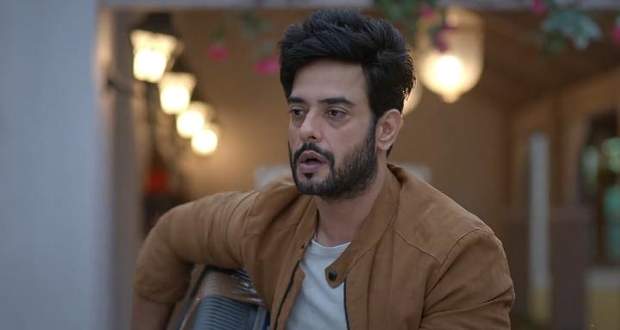 In the future Zindagi Mere Ghar Aana serial episodes, the Sakhuja family will try to break open Pritam's room to check it while he will threaten them with police.

Up until now in Zindagi Mere Ghar Aana's story, Pritam behaved rudely with the Sakhuja family to stop them from finding out that he has drugs in his bags.

Further, Pritam gave the drugs to the client but the police came there and he eloped after which he scolded his allies for bringing a client like that.

Now as per the upcoming story of Zindagi Mere, the Sakhuja family will discuss Pritam doing illegal activities and will think to check his room by breaking the lock.

However, Pritam will come there at the right time and stop them from breaking the lock saying that he will file them to the police and will get them jail, according to gossips of ZMGA.

Let's see what will Pritam do next in the future spoilers of Zindagi Mere Ghar Aana serial.

© Copyright tellybest.com, 2020, 2021. All Rights Reserved. Unauthorized use and/or duplication of any material from tellybest.com without written permission is strictly prohibited.
Cached Saved on: Thursday 28th of July 2022 08:49:18 AMCached Disp on: Wednesday 17th of August 2022 03:01:55 PM