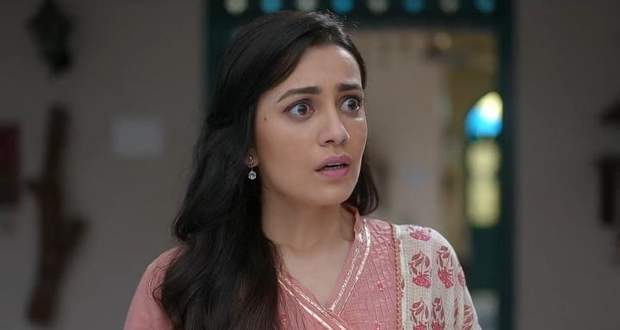 In the upcoming Zindagi Mere Ghar Aana serial episodes, Amrita will question Angad for hiding the truth while comforting him for feeling bad.

The current story of the Zindagi Mere Ghar Aana serial revolves around Gunit and Nimmo confronting Krishnakant and slapping him for disrespecting the family.

Further, Krishnakant lied to Meera that they had asked him for dowry and she broke her alliance with Angad while insulting them and revealing that he has lost his job

Now as per the upcoming story of ZMGA, Amrita will question Angad why he hid the fact about him losing his job and he will apologize to her saying he failed to be Karan.

Later, Amita will be in the washroom when Pritam will follow a girl and will come to the same washroom shocking Amrita according to spoilers of Zindagi Mere Ghar Aana.

Let's see what will Amrita do next in the upcoming twists of the Zindagi Mere Ghar Aana (ZMGA) serial.