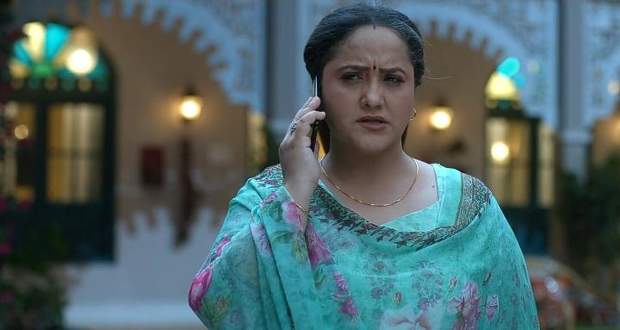 In the upcoming Zindagi Mere Ghar Aana serial episodes, Nimmo will find out Krishnakant's wrongdoing and will go to his house to argue with him.

So far in the ZMGA serial story, Amrita, Sonu, Kabir, and Angad went to eat ice cream where she found Pritam exchanging guns for the money and got shocked.

Further, in the last episode of Zindagi Mere Ghar Aana, Angad is desperate in trying to inform Meera as to why he wants to postpone the wedding.

Now as per the upcoming twists of ZMGA, Kabir will find a profile for Meera on a matrimonial site put up by Krishnakant and will inform Amrita about it.

However, Nimmo will overhear their conversation and will decide to go to Krishnakant's house to confront him shocking everyone.

Let's see what will Nimmo do next in the upcoming story of the Zindagi Mere Ghar Aana (ZMGA) serial.