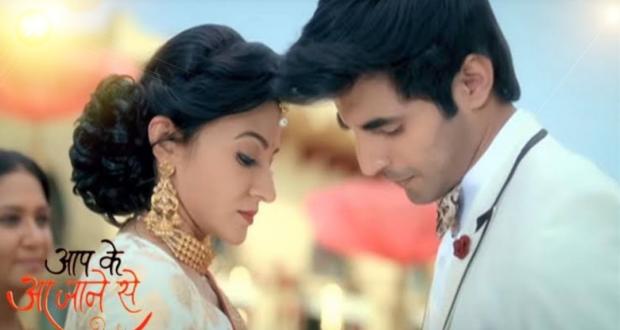 Previously on Aapke aa jane se, Vedika finds Sahil’s location and goes to the fair to find him. Maa is suspicious of Usha.

Arya manipulates Prachi. She asks for her necklace in Puneesh’s name. Puneesh sees them together and understands her plan.

As soon as Sahil’s performance ends, Vedika runs and hugs him. She asks him why he didn’t come home. He says that he doesn’t remember a lot, but now his memories are returning. She tells him everything that happened in his absence. As they reunite, the crowd applauds.

Arya manipulates Puneesh by getting him a costume for their first night. She asks him to enact Romeo and Juliet’s balcony scene. Puneesh slips on the ladder and falls.

© Copyright tellybest.com, 2022, 2023. All Rights Reserved. Unauthorized use and/or duplication of any material from tellybest.com without written permission is strictly prohibited.
Cached Saved on: Wednesday 25th of January 2023 10:50:14 PMCached Disp on: Tuesday 7th of February 2023 01:27:36 AM