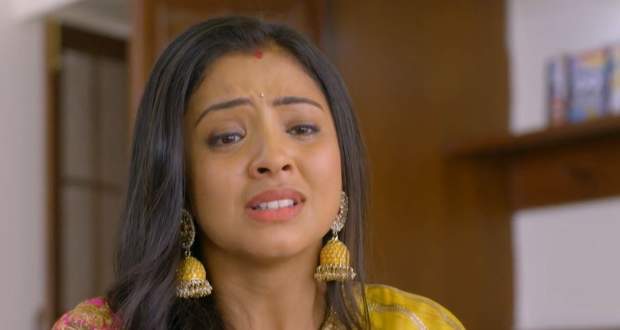 Later, Nandini goes into the room and packs her bag while Darsh knocks on the door to open it.

Meanwhile, Shobhit cries listening to Charmi's audio message and he blames himself for the death of Charmi.

Further, Rajvee and Vipul try to make a surprise for Darsh and Nandini.

Darsh and Nandini meet out of the resort and Darsh scolds her for locking the door.

Nandini tells Darsh that she is leaving him.

Darsh calls her a gold digger which makes Nandini angry.

He also says that for money's sake Nandini married him.

By listening to this everyone gets shocked.

Darsh tells Charmi's revelation of Shobhit marrying Gunjan only when Nandini marries him.