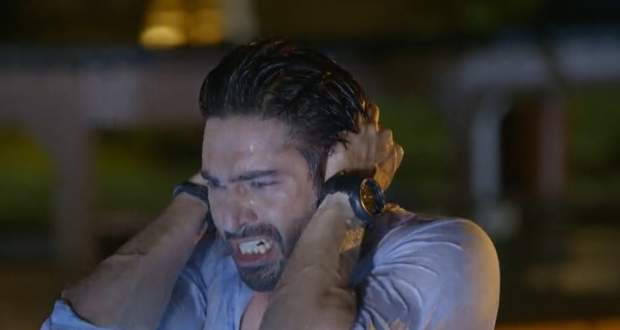 Today's Aapki Nazron Ne Samjha (ANNS) 1 May 2021 episode starts with Nandini getting locked in the bathroom and calling out Darsh for help but he doesn't show up.

Darsh gets heartbroken knowing that Nandini betrayed him for his wealth.

Later, Shobhit listens to the recording that Charmi left for him.

Shobhit gets shocked knowing that Nandini forcefully tried to convince Rajvee for his and Gunjan's marriage.

He gets upset with Nandini but comforts himself saying that Darsh will surely find out a solution for this situation.

Meanwhile, Raklaa comes to Gunjan's room and teases her for being alone at her first night with her husband.

Shobhit goes to Darsh and pours out his feelings to him but says that he believes him and he will surely find out a solution and leaves.

Further, Darsh opens the shower and Nandini wakes up.

She gets irritated with his behavior and asks him for explanation but Darsh behaves rudely with her.

© Copyright tellybest.com, 2020, 2021. All Rights Reserved. Unauthorized use and/or duplication of any material from tellybest.com without written permission is strictly prohibited.
Cached Saved on: Monday 6th of December 2021 08:35:26 AM