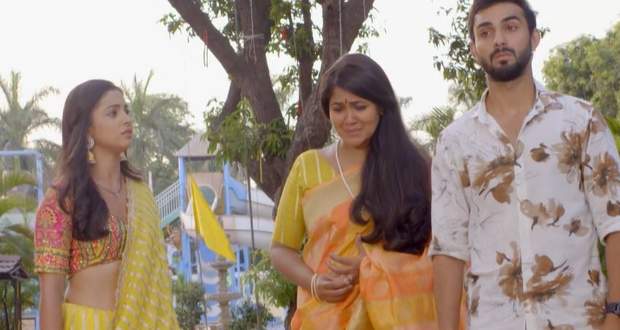 Today's Aapki Nazron Ne Samjha (ANNS) 20 May 2021 episode starts with Nandini asking Gunjan if she is aware of the agreement.

Gunjan cries with crocodile tears and says that she doesn't know about the agreement and she also says that her life is spoiled by marrying Shobhit who loves Charmi but not her.

Further, Nandini asks Gunjan to come along with her and says to leave the Rawals but Gunjan refuses.

Shobhit consoles Gunjan and he says that he accepts Gunjan as his wife.

Everyone tries to stop Nandini but she decides to leave.

Upon realizing his mistakes, Darsh tries to stop Nandini and pleads with her to stay with him.