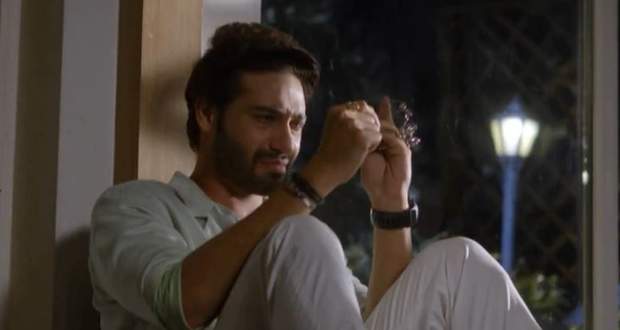 Today's Aapki Nazron Ne Samjha (ANNS) 21 May 2021 episode starts with Nandini remembering her good memories with Darsh while she leaves the Rawal house.

Meanwhile, Darsh stops her and gets into tears while asking her no to leave him.

At the same time, Rajvee comes to Darsh and shouts at him for hurting Nandini which made her leave the house.

Darsh apologizes to Rajvee and breaks down before her.

On the other hand, furious Shobit cries for Charmi's death because of Darsh.

Later, Rajvee consoles Darsh and tells him to be confident on Nandini's return.

Further, Nandini reaches her home and calls Rajvee to say that she reached.

Nandini sees Darsh in her home and thinks that he is a thief.

© Copyright tellybest.com, 2020, 2021. All Rights Reserved. Unauthorized use and/or duplication of any material from tellybest.com without written permission is strictly prohibited.
Cached Saved on: Monday 29th of November 2021 02:01:06 PMCached Disp on: Wednesday 1st of December 2021 02:51:50 PM