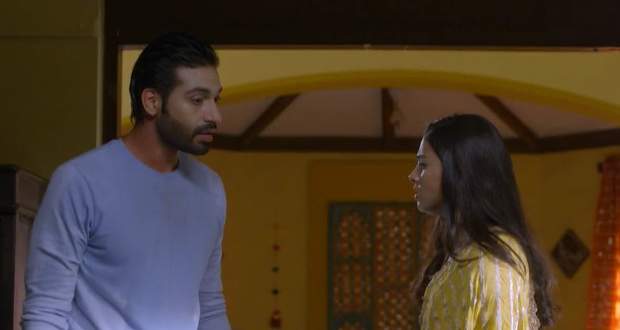 Today's Aapki Nazron Ne Samjha (ANNS) 22 May 2021 episode starts with Nandini thinking Darsh is a thief and beats him.
By seeing him she gets shocked and Darsh apologizes to Nandini.

Nandini refuses his apology and says that she won't come to Rawals again.

Darsh makes a promise to win her over with love.

Nandini says to Darsh that anything will get done if he works hard.

Later, Rajvee says to everyone that Darsh has gone to Nandini to win her love.

Further, Shobhit says that he will take care of Darsh's office works.

Chetan calls Darsh for giving confidence to him about winning Nandini's love and he tells one plan for the same.

Meanwhile, Gunjan calls Nandini and manipulates her not to agree with Darsh's apology.

Elsewhere, Rajvee asks Namrata about her married life and she says that she is not happy just like Darsh.

By listening to this, Rajvee rebukes Namratha and says that Nandini is not the reason for Darsh's unhappiness but he is the reason for Nandini's difficulties.

Nandini helps Darsh to get good signals in his phone.