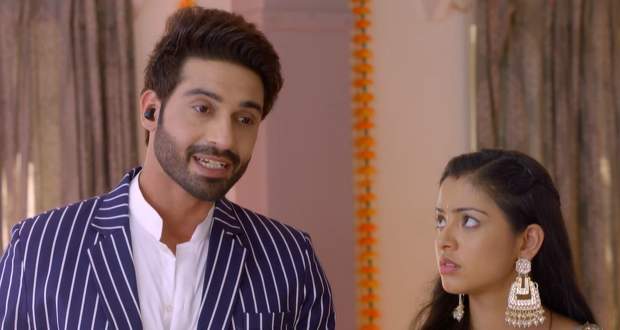 Today's Aapki Nazron Ne Samjha (ANNS) 24 May 2021 episode starts with Darsh surprising Nandini by constructing a school in her village with the name of Nandini's father.

Meanwhile, Nandini tells Darsh that he can't win her love with the money which he is using in the construction of the school.

By listening to this, Darsh feels sad and he calls Chetan who gave him the idea of constructing the school.

On the other hand, Shobit tests Gunjan by asking her jewelry for the sake of money for the investment of his start-up company.

Gunjan agrees with Shobit and gets disappointed for giving her necklace.

Thereafter, in Nandini's house, Darsh washes all Nandini's clothes to impress her but Nandini doesn't have anything to wear.

By knowing this, Darsh takes off his shirt and gives it to Nandini to wear.

After some time, Nandini says Darsh to stop his plans to impress her while Bansuri and Naveen listen to Nandini's words.

Nandini tells Bansuri about the marriage agreement with Darsh and also explains to her the events that happened at the Rawals' house.