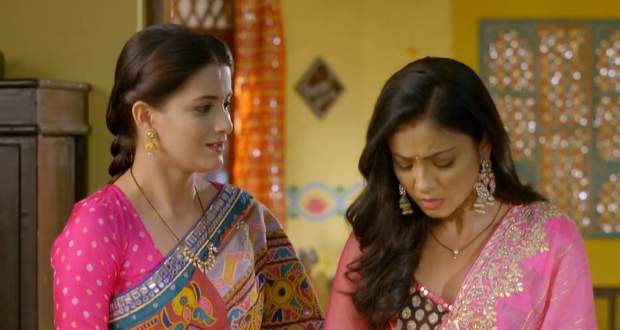 Today's Aapki Nazron Ne Samjha (ANNS) 25 May 2021 episode starts with Bansuri preparing for the post-wedding ritual of Darsh and Nandini.

Later, Naveen worries about Gunjan who is married to Shobit with an agreement.

On the other hand, Shobit asks Gunjan to prepare food for everyone which makes Gunjan upset.

Thereafter, in Nandini's house, a post-wedding ceremony happens where villagers ask Darsh to sing a song for Nandini as a part of the ritual.

Darsh sings a song in praise of Nandini while Nandini leaves from there.

Meanwhile, Bansuri asks Nandini to attend the ceremony but she refuses to come and she asks Bansuri to tell Darsh to leave the house.

Bansuri tries to convince Nandini to give Darsh a chance but furious Nandini decides to leave her house.

By listening to this, Darsh tells Nandini that he will leave Nandini and he goes out.

Bansuri and Naveen try to stop him while Darsh's hand gets hurt.

Meanwhile, Nandini treats his wound, and Darsh confesses his love to Nandini and leaves.