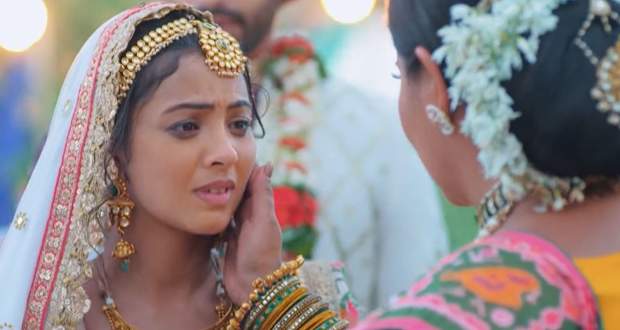 Today's Aapki Nazron Ne Samjha 27 April 2021 episode (ANNS) starts with Rajvee supporting Nandini and tells her that she will find the culprit who tried to misbehave with her.

Later, during the wedding, Bapuji asks for forgiveness from Nandini for not treating her well and doubting her intentions this makes Nandini emotional.

Meanwhile, Namrata interrupts in between and tells Nandini that it will take a long time for her to prove her innocence.

Further, Darsh and Nandini happily tie knots with each other as Darsh takes the vows telling her that he will always take care of her.

Later, Shobhit gets into a dilemma during his wedding with Gunjan.

Shobhit recalls the time spent with his girlfriend and gets lost in his own thoughts.

Rajvee tells Shobhit to concentrate on the rituals as she finds him lost somewhere else.

Looking at Nandini, Gunjan tells herself that after marriage if she isn't happy she won't let Nandini be happy either.