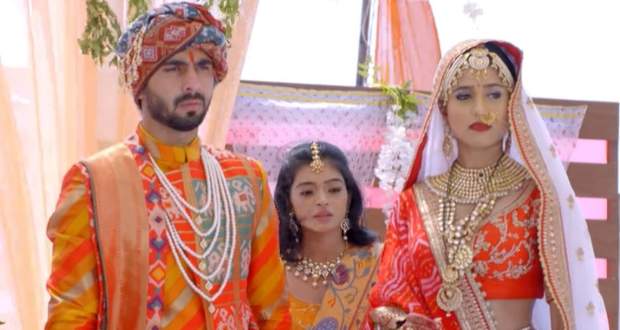 Further, Gunjan tries to get romantic with Shobhit but he ignores her which makes Gunjan furious.

Meanwhile, Shobhit gets a call and he rushes in a hurry and Gunjan gets surprises seeing Shobhit is not in the room.

Later, Shobhit meets Charmi in an unconscious state and the doctor tells him that Charmi is in a critical situation that makes Shobhit heartbroken.

Later, Darsh gets furious with Nandini as she tries to talk to him but Nandini is unaware that Darsh is upset with her.

Nandini talks to Darsh politely but every time Darsh gives her a rude answer.

Later, Raklaa tells Vanlata that his plan has been successfully executed as Charmi must have told everything to Darsh.

Darsh says to himself that from now onwards his and Nandini's hate story has begun.

Upcoming Aapki Nazron Ne Samjha episode (ANNS) (tomorrow) update: Nandini gets locked into the bathroom but Darsh thinks that she is faking.