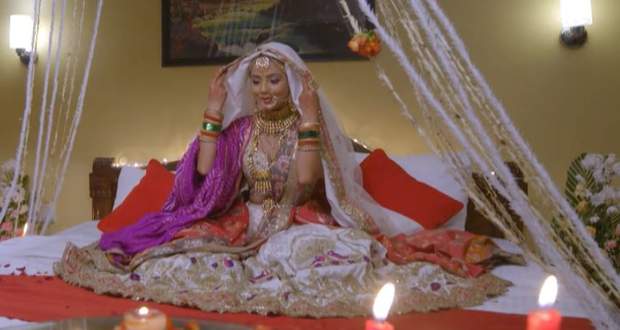 Darsh recalls Charmi's words and he gets angry with Nandini for betraying him and spoiling Shobhit's life.

Later, the doctor tells Shobhit that Charmi is out of danger this makes Shobhit a bit relieved.

Further, Nandini tries to get romantic with Darsh but he acts weirdly and asks Nandini to change her outfit as the voice of bangles is irritating him.

She goes to the bathroom but mistakenly gets herself locked inside.

Nandini calls Darsh for help but he ignores her as he thinks she is trying to astray him.

Darsh promises himself that he won't spare Nandini as she brought tears into Shobhit's eyes and he would teach her a lesson by creating lots of problems in her life.