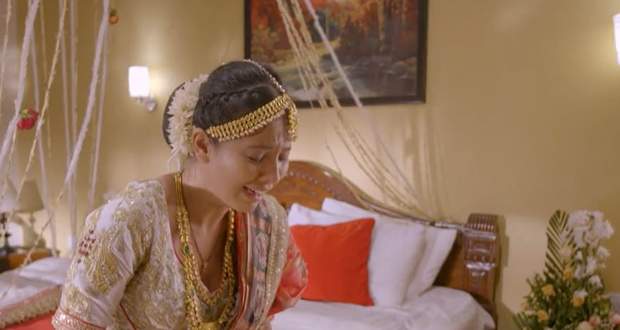 Today's Aapki Nazron Ne Samjha (ANNS) 3 May 2021 episode starts with Nandini crying while Shobit looks for Darsh and hopes that Darsh saves him from the marriage.

Darsh and Nandini act in front of the family while Shobit thinks that Darsh is not thinking about him and gets angry.

He leaves the table and calls the doctor to ask about Charmi but finds out that she left.

He blames Darsh for her leaving and says that he won't let him stay happy with Nandini.