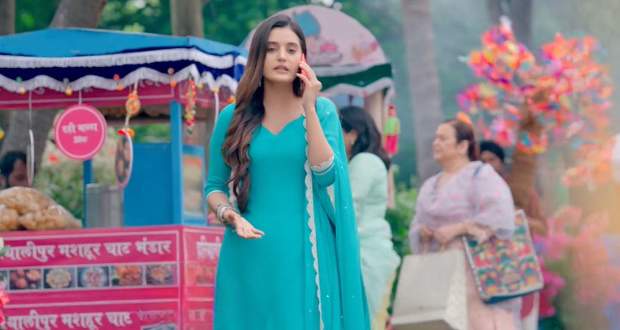 Today's Ajooni 27th July 2022 episode starts with Neeru getting emotional about Ajooni leaving the house after she gets married.

Ajooni’s Dadi joins Neeru while Ajooni reminds them that Avinash’s sister who hasn’t seen Ajooni is coming to meet her personally.

Ajooni’s aunt also joins them and asks what is the matter regarding Avinash’s sister coming to meet Ajooni and her prospects of cancelling the wedding if she doesn’t like Ajooni.

Ajooni’s Dadi is quick to brush off Ajooni’s aunt's suspicion and says their Ajooni is like an angel, the best of the best.

Meanwhile, Rajveer who is hanging out with his friends in a tube well gets informed that his friend, Kuku, has been kidnapped by Shera, another thug of the area who wants to dominate over Rajveer.

Rajveer quickly goes into Shera’s warehouse and asks him to release Kuku without any fight.

When Shera does not oblige, Rajveer does not hesitate to kick him and get Shera released.

On the other hand, Avinash’s sister, Geet arrives at Ajooni’s House.

Ajooni’s younger sister gets surprised to see Geet studying in the seventh standard as she imagined her to be a little older.

Geet’s first question for Ajooni is about her favourite actor and actress.

Ajooni’s reply is Ranveer Singh and Deepika Padukone while Geet throws another question and asks Ajooni whether she eats meat or not.

When Geet gets to know that Ajooni does not eat or cook meat, she is satisfied and then asks Ajooni about her favourite cartoon.

Ajooni’s reply is Geet and everyone laughs.

Later, Ajooni calls Avinash and scolds him for scaring her into thinking that Geet was some rude sister-in-law who would eat Ajooni alive.

While talking, Ajooni bumps into Rajveer whose shirt is all dirty due to fighting.

Rajveer’s hands get wrapped around Ajooni while he stares into her eyes happily.

Ajooni feels nervous and quickly goes home without looking back at Rajveer.

Ajooni’s younger sister taunts Ajooni about the dirty colour not being washed away even after scrubbing so much.