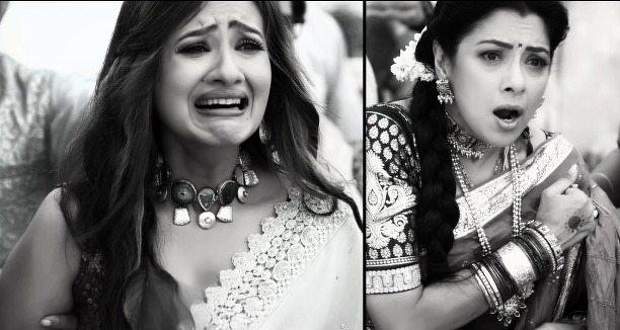 The doctors inform the family members that the current condition of both individuals is critical and unknown.

Additionally, they state that the upcoming 48 hours are vital for them and that numerous surgery may be necessary.

When they think someone has cursed both of their families, Baa and Kavya sob on Anupama's shoulder.

In the Shah home, Dolly gives Kinjal medicine as Pakhi, who is also scared and worried, holds a sleeping Anu in her lap.

Adhik finally makes it to the hospital and tells Ankush that he is sorry for being late and that he had some urgent work to attend to.

Adhik denies any role in Anuj and Vanraj's accident, despite Ankush's suspicions given his disdain for both of them.

Adhik insists that Ankush call Barkha, and she does.

Baa and Baapu Ji cry and worry about the situation.

Anupama has the most difficult situation to deal with because Anuj is her everything and Vanraj is the father of her children. Baapu Ji is concerned for Anupama.

Anupama looks at the photo she took while Anuj was sleeping while she misses him in the meantime.

Toshu requests Ankush to sign the declaration form for Anuj and Vanraj, respectively.

Anupama, though, is adamant that she would sign the document and is confident that none of them will suffer any consequences.

Samar tends to everyone's needs at the hospital.

Anupama explains to Ankush that Vanraj texted Anuj to see him while Ankush is still perplexed as to how this all came about.

He asks Kavya if she was aware of it earlier because he recalls seeing her there on the ledge.

Everyone tries to solve the puzzle and asks Kavya to describe the incident from her point of view.

Kavya remembers everything but is reluctant to tell anyone. She is comforted by Anupama, who also asks her to describe what she saw.

Baa and Toshu start a commotion and accuse Ankush in the meantime, but Anupama manages to calm them down.

Kavya is the only person who has seen it, so Anupama begs her to give whatever knowledge she may have.

Kavya describes how she followed them and overheard them conversing as they stood at the cliff's brink.

The doctor interrupts the nurse before she can finish, ordering her to send Dr. Kumar and make arrangements for an injection for one of the patients.

The family is puzzled and prays nonstop for their safety.

Baapu Ji illustrates how uncertain life is, how content everyone was in the morning, and how one incident alters everyone's course through their experiences.

Everyone agrees that you should never take life for granted since you never know what surprises life has in store for you.

© Copyright tellybest.com, 2020, 2021. All Rights Reserved. Unauthorized use and/or duplication of any material from tellybest.com without written permission is strictly prohibited.
Cached Saved on: Sunday 2nd of October 2022 07:24:49 PMCached Disp on: Wednesday 5th of October 2022 06:09:22 PM