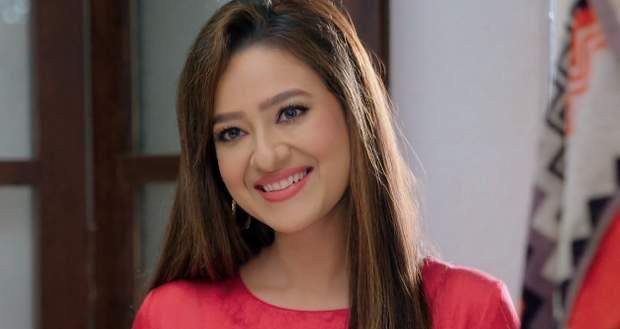 Today's Anupama 10 December 2020 episode starts with Pakhi deciding to leave for the party at the Shah house. Kavya stops her by asking her to cut the cake she baked specially for her birthday.

Vanraj informs his family that Pakhi will come back home in 15 minutes, while Kavya asks Pakhi’s friends to play the birthday games.

She tries her best to get Pakhi late for Anupama’s party. Meanwhile, Vanraj drops Pakhi back to the Shah house.

Everyone gets upset on witnessing Vanraj coming along with Pakhi. Vanraj informs Bapuji that Pakhi’s friends enjoyed the hotel party and will not come to the Shah house.

Pakhi apologises to Anupama for being late, while everyone scolds Pakhi which makes her get emotional.

Vanraj taunts Anupama and other family members for making Pakhi cry on her birthday. Bapuji gets angry with him and asks him to leave from the Shah house.

Anupama gives a bold answer to Kavya. Later, Pakhi apologises to Anupama and asks her to forgive her for coming late.

© Copyright tellybest.com, 2020, 2021. All Rights Reserved. Unauthorized use and/or duplication of any material from tellybest.com without written permission is strictly prohibited.
Cached Saved on: Tuesday 2nd of March 2021 07:29:32 AMCached Disp on: Sunday 7th of March 2021 04:46:30 AM