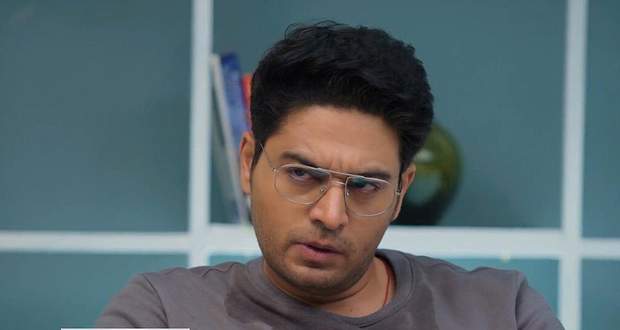 Today's Anupama 10 January 2022 episode starts with Anuj telling Anupama that he should kill himself because due to him Malvika was suffering like that.

Anupama tries to comfort Anuj but he continuously blames himself and tells her that this was the reason why Malvika always ran away from one place to another.

She was actually trying to run away from the pain that was building inside her heart little by little.

Anuj recalls how his sister never told him anything about her grudges, not only in this case but in Akshay’s case too.

Malvika and Anuj lay their heads on Anupama’s lap while she caresses them, Vanraj enters the room and gets shocked to see the scene.

Anupama sees Vanraj and asks Anuj to go with him outside while she takes care of Malvika.

On the other hand, the family members get messages from Vanraj that Anuj and Anupama got engaged in Malvika’s issue and he will also come a bit later.

Hearing this, Kavya creates an issue about how Malvika always wanted to ditch the party so she created a drama there.

Pakhi bursts into tears as she wanted to start the new year with her mother and father.

Kavya tries to instigate Pakhi by telling her that her mother chose her boyfriend over her daughter, the family members warn Kavya to stop.

Meanwhile, Vanraj tries to calm down Anuj and tells him that he will always be there to help.

Anupama blows on Malvika’s imaginary wounds to calm her shivering, she asks Malvika to vent out all her anger towards that person in one go.

Malvika shouts at her peak, Anupama sheds tears watching her. She gives Malvika a pillow and asks her to destroy it like she wanted that person.

Malvika tears off the pillow in anger and shouts in anger, Anupama, Anuj, and Vanraj watch her.

Upcoming Anupama episode updates: Anupama vents out her anger towards domestic violence to Vanraj, Anupama asks Malvika to come with her the next morning.