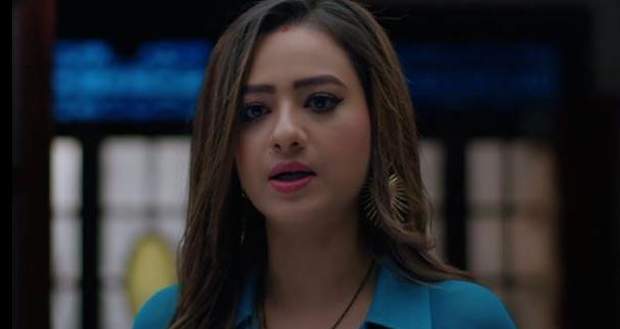 Today's Anupama 10 July 2021 episode starts with Rakhi telling Kinjal to start living separately with Paritosh to keep the distance from Shah's and maintain uniformity between the members.

Anupama overhears the conversation and tells Kinjal that she is free to make her decision as her and Paritosh's happiness is important for her.

Later, Anupama and Leela meet Bhavesh as he has started with his new business of selling homemade pickles along with his mother.

Further, Anupama shares her idea to Vanraj that he should take the cafe things from his friend and start his own cafe business.

Everyone in the family except Samar get excited knowing Anupama's idea.

On the other hand, Kavya tells Vanraj that he can start his business on the condition that he won't involve her in it.

Later, Vanraj puts forward a issue that he doesn't have any investment to do for buying a place for the cafe.

Meanwhile, Anupama suggests that they can start the cafe besides her dance academy.

Supporting Anupama's idea Samar and Kinjal tell everyone that this would be beneficial for both the businesses and would increase the footfall of people.

© Copyright tellybest.com, 2020, 2021. All Rights Reserved. Unauthorized use and/or duplication of any material from tellybest.com without written permission is strictly prohibited.
Cached Saved on: Monday 6th of December 2021 07:54:49 AM