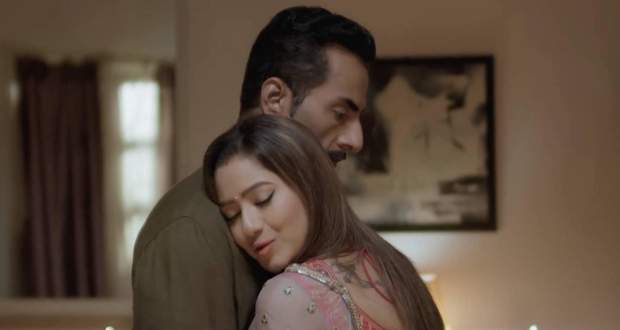 Today's Anupama 10 June 2021 episode starts with Pakhi, Kinjal, and Dolly preparing a grand feast to cheer everyone up and celebrate Anupama's victory.

At the resort, everyone enjoys the party and appreciate Pakhi for making a delicious dessert.

At the same time, Kavya tries to get romantic with Vanraj but her surprise gets ruined as Pakhi invites him to join them for the celebration.

Kavya gets upset with Vanraj as he leaves her alone and goes to the Shah's for the party.

Later, everyone has a good time with each other as they cherish their happy moments together.

Further, at the time of departure, Anupama recalls all her memories that she created at the resort and gets emotional.

Afterwards, Anupama and Dr Advait have a funny conversation that amuses everyone and both thank each other for their help.

Hasmukh invites Dr Advait to Ahmedabad so that he too gets an opportunity to host him.

As everyone goes to their respective cars, Kavya gets overjoyed to see a decorated car with just a married tag on it.

Kavya tells Leela that they are going first time in their house after marriage so the entry must be grand.

© Copyright tellybest.com, 2020, 2021. All Rights Reserved. Unauthorized use and/or duplication of any material from tellybest.com without written permission is strictly prohibited.
Cached Saved on: Tuesday 2nd of August 2022 02:48:12 AMCached Disp on: Thursday 11th of August 2022 11:41:54 AM