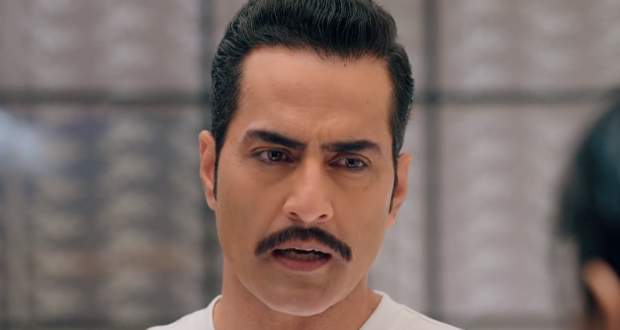 Today's Anupama 10 Nov episode starts with Anupama signing the consent form and learning about the consequences. She remembers the words of Bapuji and gains confidence.

Baa gets worried about the operation while Dolly consoles her. Elsewhere, Paritosh doesn’t like the idea of Anupama taking a big decision.

Anupama stands her ground and is sure about her decision. Anupama and everyone else misses moments spent with Hasmukh and pray for his recovery.

The doctor finishes the operation and says they will have to wait for Hasmukh to gain consciousness. Later, Anupama reaches Kavya’s house to get Vanraj.

He thinks Anupama is there to apologize but gets shocked to learn about Bapuji. He gets angry at Anupama for taking the decision of Angioplasty.

Anupama asks Vanraj to wear clothes and come along. Vanraj gets emotional to see Bapuji in such a condition and states Anupama will be responsible if anything happens to Bapuji.

Anupama feels guilty for not learning driving soon and calls Kinjal. She asks Kinjal to teach her driving as she wants to be a support system for others.

© Copyright tellybest.com, 2018, 2019, 2020. All Rights Reserved. Unauthorized use and/or duplication of this material without written permission from tellybest.com is strictly prohibited.
Cached Saved on: Monday 30th of November 2020 10:35:40 PM