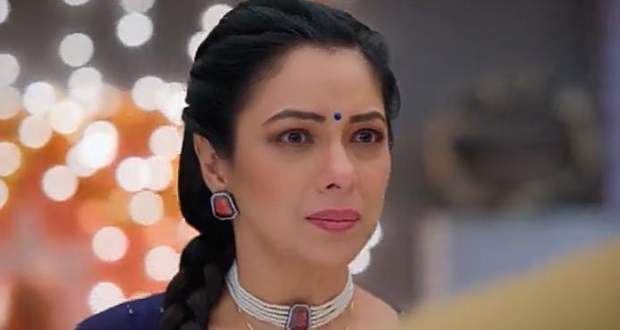 Today's Anupama 10 November 2021 episode starts with Anuj confessing his feelings for Anupama in front of the Shahs.

Meanwhile, Anuj is enraged to face the family, yet, continues requesting them to stop harassing Anupama.

Anuj throws an open challenge at Vanraj which in turn fuels his anger. Anupama is shocked after discovering the truth.

Anuj leaves immediately to confess the same to Anupama, unaware of her overhearing his conversation with the Shahs.

Further, when Kavya tries instigating Vanraj against Anuj and Anupama, he tries to avoid the conversation.

Anuj picks a fight with localities only to get beaten up, to punish himself for breaking Anupama's trust and further complicating her life.

While Anuj regrets his doings, Vanraj wonders why their loves story pricks his heart when Anupama means nothing to him.

Samar tries talking to Anupama to comfort her, but, she isn’t ready to have a conversation.

© Copyright tellybest.com, 2020, 2021. All Rights Reserved. Unauthorized use and/or duplication of any material from tellybest.com without written permission is strictly prohibited.
Cached Saved on: Thursday 20th of January 2022 12:00:35 PMCached Disp on: Friday 21st of January 2022 04:52:52 PM