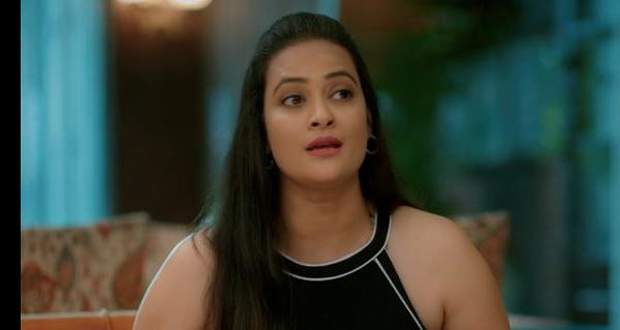 Kavya asks Vanraj to talk to his lawyer about the divorce with Anupama, while Paritosh misses Kinjal and Samar thinks of Nandini.

The next morning, Baa and Anupama get worried about the extra bills of their house. Everyone overhears their conversation and tries their best to earn for the family.

The maid asks Anupama to not to take tension about her salary, while Paritosh and Samar decide to do a job to earn a living.

Baa’s brother tells Bai that he is going back to his home to be a burden for the Shah family. On the other hand, Bapuji asks the chemist to give him half medicines only.

Anupama witnesses all this and makes a call to someone to take help from him in monetary terms. Kavya informs Vanraj that Pakhi has unblocked her from all the social media sites.

Samar and Pakhi get into an argument over Kavya’s friendship with Pakhi. Later, Vanraj goes for a business meeting at the restaurant, while Anupama meets Devika in the same restaurant.

Anupama asks Devika to find a job for her. Devika gives her card to Anupama and to withdraw whatever amount she needs.

Anupama denies to use her card and asks her to find a job for her nothing else.

Meanwhile, Devika gets a call from her sister-in-law and Anupama gets shocked to learn that she is the same woman for whom she was working as a teacher.

Vanraj gives a surprise to Kavya about their new project. Kavya gets happy and then asks Vanraj to get a divorce from Anupama as soon as possible.

Kinjal’s mother stops Kinjal from meeting Paritosh. She decides to take a step to keep Kinjal away from Paritosh.

© Copyright tellybest.com, 2020, 2021. All Rights Reserved. Unauthorized use and/or duplication of any material from tellybest.com without written permission is strictly prohibited.
Cached Saved on: Tuesday 8th of June 2021 10:33:55 AMCached Disp on: Wednesday 16th of June 2021 06:30:29 AM