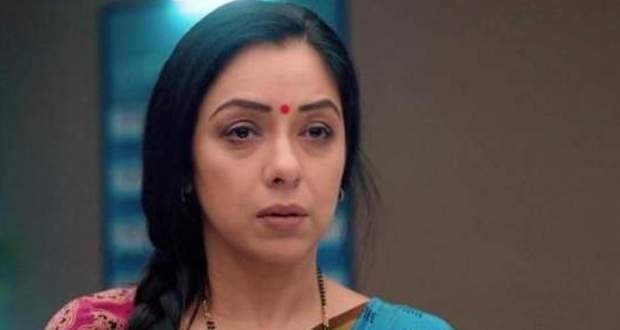 Today's Anupama 11 February 2021 episode starts with Anupama telling the principal that she will not take the blame on herself.

Kavya feels happy that she got to work on her own when Vanraj comes there and tells her that Anupama might ruin Pakhi's education while Anupama gets a nightmare.

Next morning, Anupama and Kinjal get shocked seeing Leela cooking breakfast while Anupama tries to do the work but Kinjal takes her outside.

Leela feeds Anupama while Pakhi gets angry at her for supporting Kinjal and leaves.

Next day, media comes to Anupama's house and asks for a statement while Vanraj comes there and says that she'll not be commenting on it.

Vanraj takes her inside and gives her the school documents and tells her to sign on it without any discussion.

Pakhi hears it and tells Anupama to not be selfish and sign the papers.

However, Anupama refuses and says that she is doing it for the safety for the kids at school.

Pakhi gets Anupama's thumbprint forcefully and gives it to Vantaj but Anupama snatches the paper and asks Pakhi and Vanraj what would they do if she was in the fire.