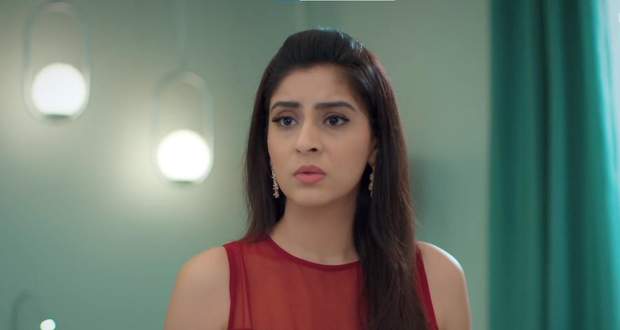 Today's Anupama 11th July 2022 episode starts with Pakhi announcing that she will meet with Adhik even if Vanraj does not allow her to.

Pakhi says that it is not the 1970s that she will cry and whine after being locked in her room, it is 2022 and she will find a way to meet Adhik anyhow.

Hearing Pakhi’s words, Vanraj gets angry and raises his hand to slap her but stops midway.

After Pakhi and Kinjal leave, Anupama tells Vanraj and Toshu to start bantering about their threats and violent warnings.

Hasmukh supports Anupama and tells both Vanraj and Toshu that violence is not the solution to this situation.

However, Vanraj does not listen to Anupama’s words and announces that he will send Pakhi out of Ahmedabad for further studies.

Anupama and Kavya start clapping in amusement and question Vanraj about how he will control Pakhi from being so far.

Anupama asks Vanraj to be a friend to Pakhi instead of being a strict and scary father to which Leela objects heavily.

Meanwhile, Anuj and Ankush come back home from the office with Anuj being a bit distressed about something.

Barkha welcomes them and asks Ankush about how they can take away the ownership as soon as Anuj gets away.

Just then, Adhik enters the house with an angry face making Barkha go after to know how things went with Pakhi.

Later, Sara comes to the dance academy and meets Samar who asks her what type of a boy Adhik is.

Anuj comes to the dance academy to pick up Anupama and remembers all their past memories spent there.

After Anuj guesses that Anupama is stressed because of Adhik and Pakhi, Anupama hugs Anuj tightly trying to relieve her stress.

Anuj promises to talk to Adhik and include him in business so that his mind gets distracted from Pakhi a bit.

Anuj reveals that Ankush and Barkha came back to India because their all restaurants in America got shut down.

Anuj tells Anupama that he cannot trust them anymore although he will still continue to help them.

Holding onto Anupama’s hands, Anuj asks Anupama to never give up her signing rights for the business and property.

Anupama promises Anuj on his numerous requests while asking him to calm down and not think anything weird.

Suddenly, the mirror behind Anuj crashes on him and Anupama jumps in fear while screaming his name.

© Copyright tellybest.com, 2020, 2021. All Rights Reserved. Unauthorized use and/or duplication of any material from tellybest.com without written permission is strictly prohibited.
Cached Saved on: Wednesday 10th of August 2022 08:15:09 AMCached Disp on: Sunday 14th of August 2022 12:25:42 AM